This is another tough year to predict. Not because there is a bad film that I so want to avoid predicting like last year’s Bohemian Rhapsody, but because all of the major contenders are very good to great films. I have my own personal favorites; they don’t factor in here, but precursors + on-ground buzz + gut feeling. Whatever, it’s always fun to play this game. Have done this since 2009, the first year of the expanded ballot.

I feel safe with the top eight. Logic dictates Ford v Ferrari because of technical support, but I have a gut feeling that The Two Popes will have a very passionate fanbase that would be enough to push it to the finish line.

Bong and Mendes are locks. Tarantino and Scorsese feel safe, but wouldn’t surprise me if they are snubbed. Fifth slot is tough; I’m going with Gerwig making a historic second nomination for a female director.

BEST PERFORMANCE BY AN ACTRESS IN A LEADING ROLE

BEST PERFORMANCE BY AN ACTOR IN A LEADING ROLE

BEST PERFORMANCE BY AN ACTRESS IN A SUPPORTING ROLE

BEST PERFORMANCE BY AN ACTOR IN A SUPPORTING ROLE

Here’s the Best Picture contenders, class of 2019 (according to their position right now, do comment if you disagree):

TIER A – FRONTRUNNERS
These films are not just strong bets for the Best Picture nomination, but whose buzz are already positioning it for the win this early. 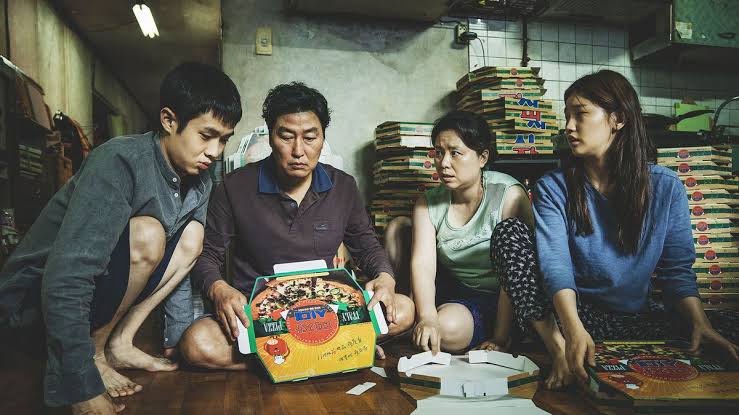 TIER B – STRONG CONTENDERS
These films have quite significant hurdles for the win, but the Best Picture nomination feels more confident. 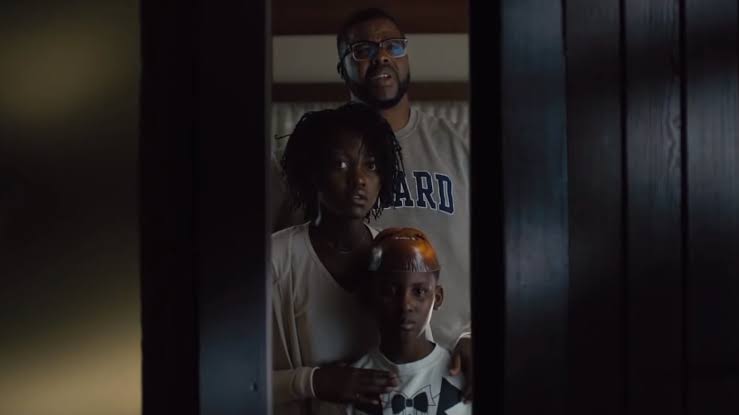 TIER C – MAJOR SPOILERS
These films are still waiting for bigger buzz or for actual support from the precursor awards. But make no mistake: these can easily make the jump to the upper tiers. 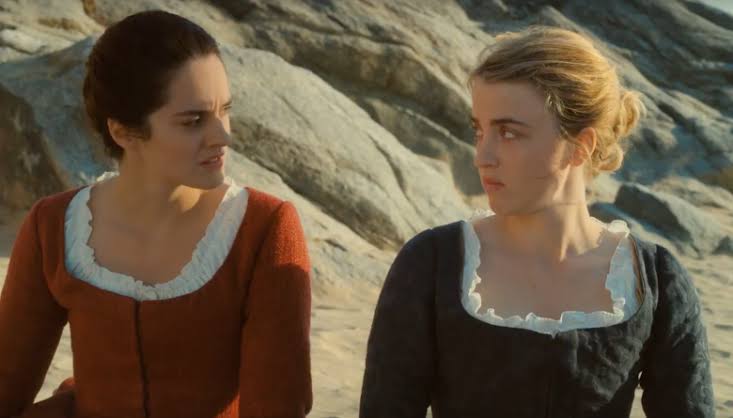 TIER D – IN THE MIX
These films are not yet within the best Picture conversation, but the remaining months has the possibility to tip the scale in these films’ favor. Be watchful of these films because they can make it if their campaigns, box-office performance, and reviews are on their side. 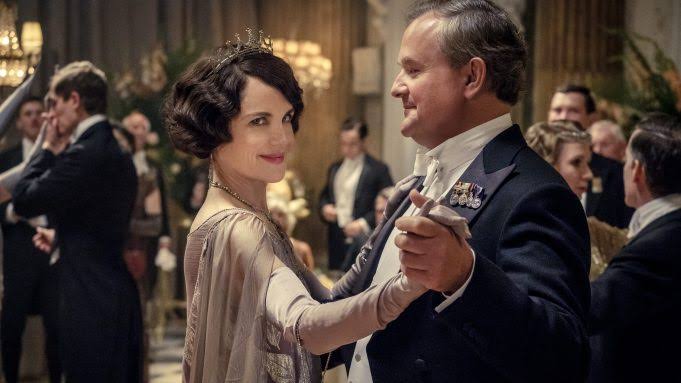 TIER E – LONG SHOTS
These films have massive hurdles to overcome if they ever come near the Best Picture conversation, but I’m already calling the possibility of them getting in. 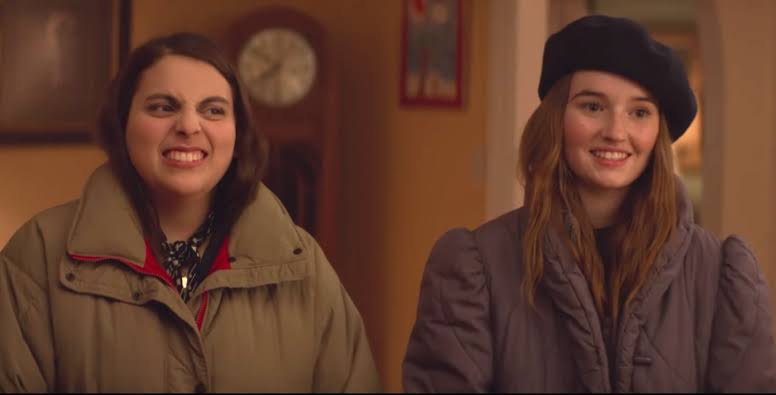 TIER F – THE REST OF THE FIELD
These films probably have very slim to no chance of getting nominated in Best Picture, but it’s just too early to count anything out. We’ll never know.

So far, those are our Best Picture contenders. Now, let’s view them per studio/distribution company:

DISNEY (including 20th Century Fox and Fox Searchlight) – 7
After buying Fox in its entirety, this media behemoth has a full plate this awards season, with at least seven films in the Best Picture conversation. They are also coming off of a Best Picture nomination for Black Panther (Marvel), Bohemian Rhapsody (20th Century Fox), and The Favourite (Fox Searchlight).  They also have animated contenders like Frozen II and Toy Story 4.

UNIVERSAL (including Focus Features) – 7
This studio has some solid contenders. However, its subsidiary Focus is not doing very well with awards prospect with most of its bets in the long shot position. Focus nabbed a Best Picture nomination last year with BlacKkKlansman and the actual best Picture win with Green Book.

NETFLIX – 6
Hollywood’s enfant terrible studio is showing off its prowess this awards season with six strong contenders. Perhaps one of its bets has fallen off a bit after its festival run, but never count a Meryl Streep vehicle out of the race.

A24 – 5
This independent distributor has flexed its muscles in its 2015-17 run with Room, Moonlight, and Lady Bird. Its hold kind of cooled down last year, but this year might be its comeback with a dynamic roster of contenders.

SONY (including Sony Picture Classics) – 4
Another dominant media force, Sony only has four compared to Disney’s seven or Netflix’s 6, but its four bets are solid.

WARNER BROS. – 4
After missing last year’s top prize with early frontrunner A Star is Born, this Hollywood all-timer comes back with four contenders.

NEON – 4
This independent distributor came close to a nomination with I, Tonya in 2017. This year, this studio continues to diversify its contenders. This year, it also has documentary contender Apollo 11, international feature contender Monos, and Honeyland, a contender in both categories.

I wasn’t planning on doing this year, but they I was able to rewatch Moonstruck. After that, I was inspired to watch Broadcast News and Anna.

So here we are, discussing the five performances nominated for the Academy Award for Best Actress of 1987. And what a year this is! Not only there is variety in this lineup in the films and performances, but the quality of this line-up is off-the-charts.

Here is my personal ranking of the five performances:

Take away the iconic status of this performance and what we have is a surprisingly vulnerable take on a character that the film so insistently tries to villainize. The film may have aged a bit in terms of its representation of infidelity, but Glenn Close’s work remains to be a potent examination of emotional fragility and instability. She manages to escape all shortcuts and broad strokes of this character. Career-best work for sure.

An unfairly underrated performance from her revered repertoire, Meryl Streep surprised me with a performance that is both haunting and devastating. It’s a performance that distills despair and hopelessness in such an effective way. Streep plays not a whole human being, but the remains of a once-alive person that is slowly disintegrating. She comes in late and leaves early, but the power of this performance stays.

I’m on the side that thinks Broadcast News is more of a satire than a romantic comedy. Either way, Holly Hunter nails the steely, determined nature of this character that must have been and IS a powerful image of career woman. She benefits from strong writing and wonderful dynamic with her fellow actors. And when the film turns dark, she expertly navigates the grey areas of the story. She is in command and commanding in every scene effortlessly.

Unlike the rest of the nominees, she does not benefit from her film AT ALL. It’s a confused film that made one perplexing choice after the other. So there is Sally Kirkland, giving it all in a freaking tour-de-force that doesn’t necessarily try to salvage the film that’s around her but defies all odds and creates an unforgettable portrayal of defeat and loss.

5 – Cher in Moonstruck (as Loretta Castorini)

Cher just radiates in a performance that is vanity-free and lived in. She benefits from witty writing that possesses a very specific tone of humor, and Cher gets the spirit of the material. It is deceptively low-key, but it is a performance that never coasts merely on charm. There is delicate maneuvering here, and Cher is the reliable core of this film.

And here are the probable runners-up of this race:

And here is the rest of the field (please tell me if I missed anyone):

GUEST ACTOR IN A DRAMA SERIES
Michael Angarano – This is Us
James Cromwell – Succession
Griffin Dunne – This is Us
Ron Cephas Jones – This is Us
Christopher Meloni – Pose
Bradley Whitford – The Handmaid’s Tale
alt. Alan Alda – The Good Fight / Andrew Lincoln – The Walking Dead

LIMITED SERIES
Chernobyl
Escape at Dannemora
Fosse/Verdon
Sharp Objects
When They See Us
….. if 6, add The Hot Zone
alt. The Act

CHRISTOPHER ROBIN [2018, B/B-] – Was it practicing restraint in movie magic or was it simply dull? Either way, it effectively imbues necessary charm for emotional investment in an otherwise predictable, low-risk narrative. Impeccable visual effects; it’s seamless and delightful.

YOU WERE NEVER REALLY HERE [2018, A-] – Intense and cutting. Unafraid to immerse in the darkness of human experience. Ramsey exemplifies masterful eye; every stylistic choice aligned. Phoenix continues to reach unpredictable heights, holding it in until his terrifying implosion.

BEAUTY AND THE BEAST [2017, C/C+] – Exquisite visual panache can’t really make up for the fact that the first 2/3 is emotionally empty, with no real stakes. Forgettable music too. But something happens with the ballroom scene onwards. At least it had an engaging denouement.

LADY MACBETH [2017, B+] – Deliciously opaque and distilled. Moves in a calculated pace, carefully inching in details with alarming precision. Pugh is a true force of nature. In her threatening quietness, her piercing eyes, voice, and posture suggest menace. Astonishing work.

THE FLORIDA PROJECT [2017, A-/B+] – Immersive but unobtrusive. Vibrant but grounded. Patiently assembles scenes of seemingly sporadic buildup but rich characterization, only to accumulate its emotional gut punch by its finale. Baker realizes palpable life in every shot. The cast!

BEAUTIFUL BOY [2018, C] – So much potential in the material. So what happened? Feels tentative. I don’t approve of overarching visual style. Some odd editing, music choices. Tried to be a dual-faced family drama, only to serve an undercooked version of both sides. Chalamet MVP.

The Final Oscar
Create a free website or blog at WordPress.com.